Recently, a long lost acquaintance visited me. It had been four and a half years, with not so much of a whisper.

Maybe it was because she didn't like me breastfeeding. She tends to steer clear from women who are nursing. She also stays away if you are pregnant. So, I had not seen her since October 2009, when I fell pregnant with my daughter. She thought about returning in September 2011, but a swiftly fertilised egg soon put paid to that idea.

I've relished in the freedom of not having to worry about her monthly visits, which can often be painful affairs. The supplies for when she stops by had been gathering dust in the bathroom cabinet. Thank goodness they don't seem to have a best before date!

However, at the end of March, when I was away on a long anticipated girly weekend in France, she turned up, unannounced and with huge inconvenience to join the party.

And this week, she returned again, with a vengeance: heavy and uncompromising.

To be honest, I was beginning to miss her. I was starting to worry that she would never come back and that my dreams of having another child might not come to fruition. Her visits mark my womanhood. But she's been here for six days now and I'm bored of her company. I'll be glad to see the back of her...until next month. Unless, of course, another visitor takes up lodging. We'll see what my husband thinks of that. 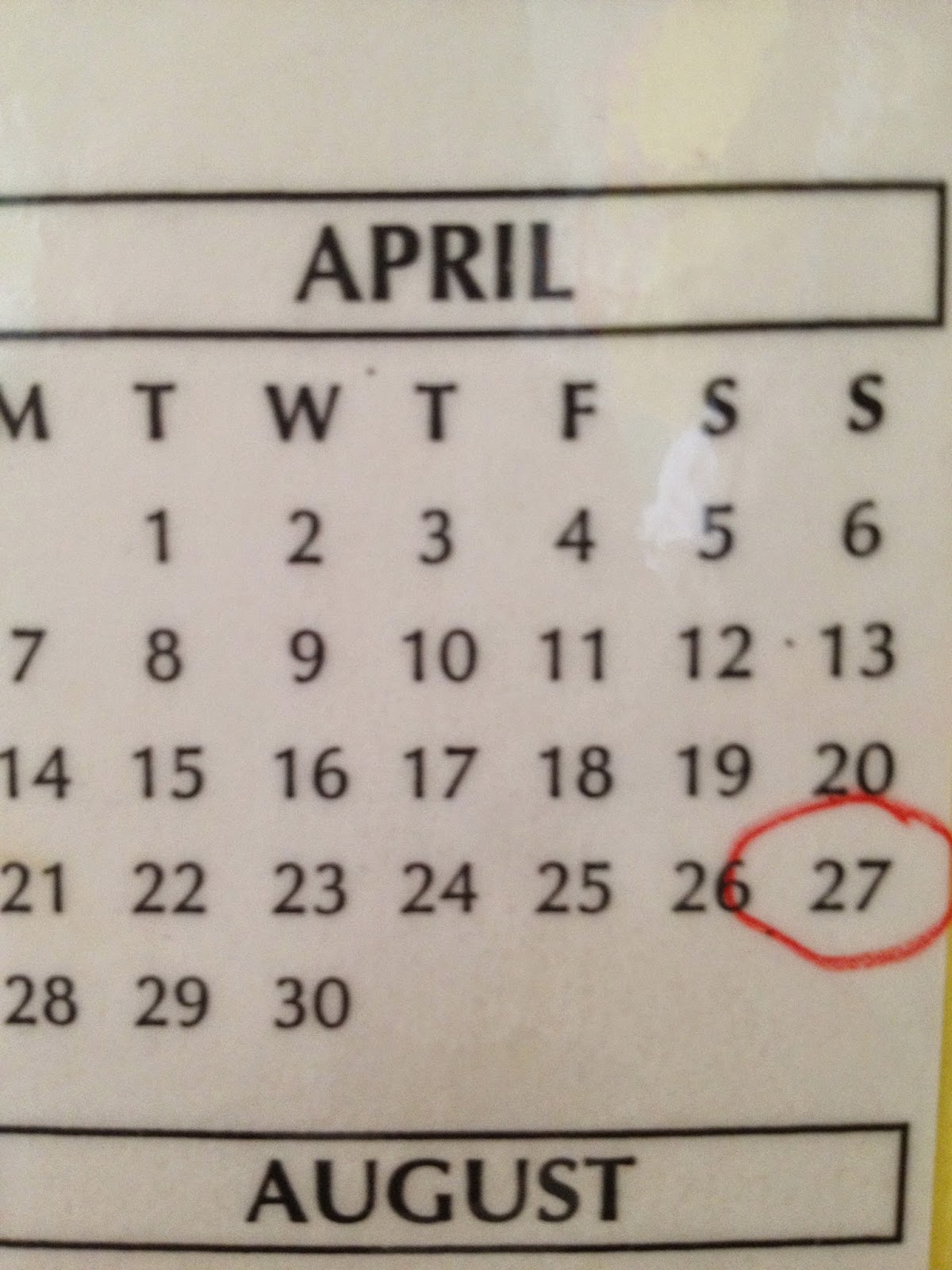