How to make an elephant birthday cake

My youngest, Little W, is 2 tomorrow. So I decided to make him a birthday cake. I'm not a natural domestic goddess. My mother has never cooked and I took German instead of home economics at school. But I've always really wanted to make my children's birthday cakes by myself.

For E's 2nd birthday, my friend helped me make a Makka Pakka cake, but W has barely seen 'In The Night Garden' because his older siblings generally monopolise the TV viewing schedule with football or Tom and Jerry.

I considered making a George Pig or 'Curious George' cake, but I thought simpler might be better. There's nothing more disappointing than over ambition. W's bedroom has a safari theme and on recent trips to the zoo, he has been really excited to see the 'Elants', so I decided on an elephant cake. What could go wrong? Well, for a change, not much really. 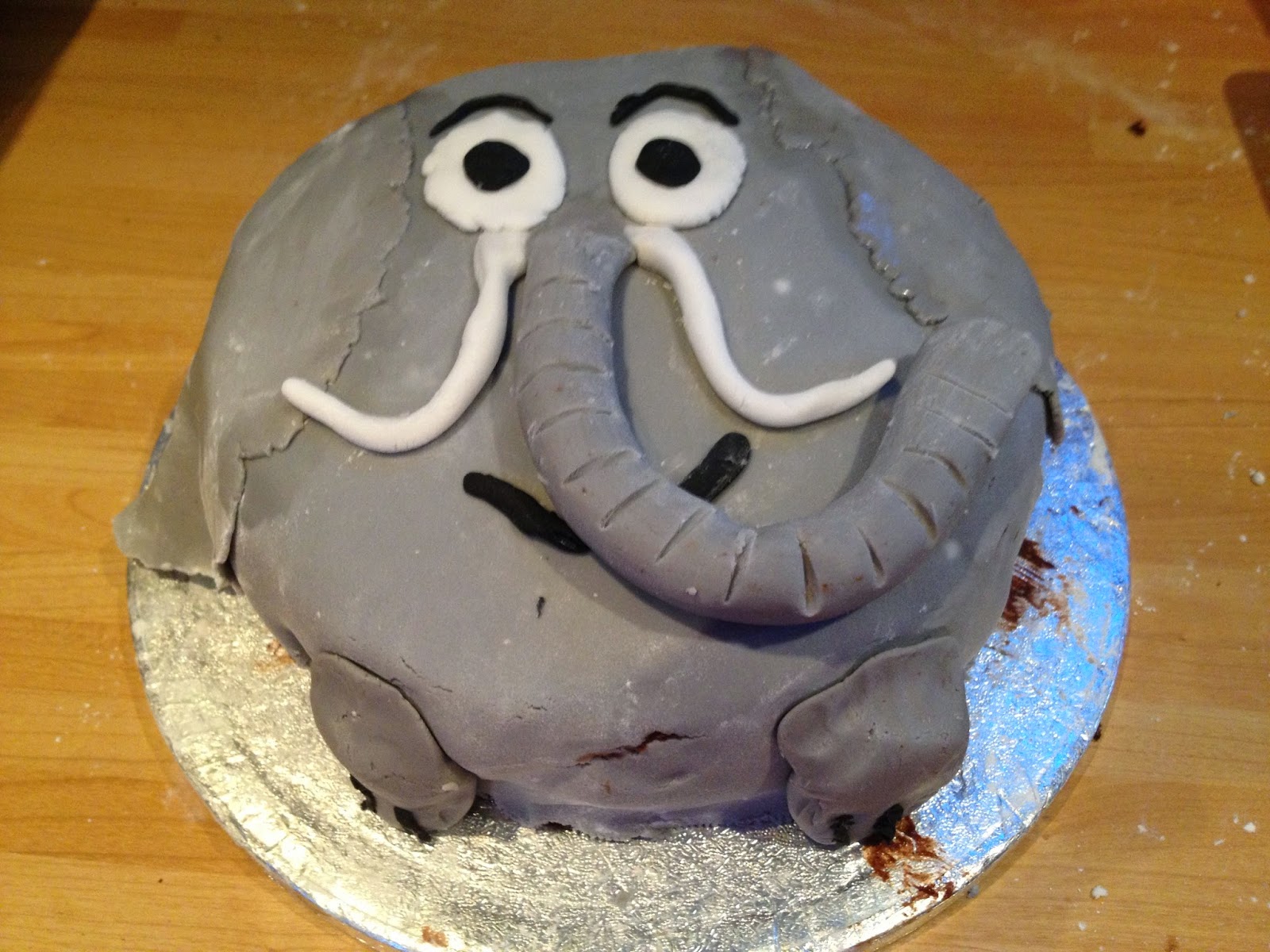 I started by baking a 20cm chocolate sponge following a recipe from the BBC Good Food website.

Then I got brave and went off piste.

I ignored the bits about icing the cake and just mixed together some butter, icing sugar and cocoa powder, which I used to sandwich together the two pieces of sponge and then to cover the cake as a base for the roll-out icing.

I had a packet of white roll-out icing. I had looked for grey, but hadn't been able to find any, but the lovely Carole, from Carole's Cup Cakes in Teignmouth, gave me a small chunk of black, which I kneaded into most of the white to make grey. I kept some white back to make the tusks and eyes.

Next it was time to make the tusks from the white I had set aside - made by simply rolling the icing into a thin sausage shape, which I cut in half.

After that it was time for the finishing touches: eyes, eyebrows and toes as well as a few wrinkles in the trunk.

Artistically, I don't think it would win any Women's Institute (WI) awards,but I'm pretty proud of it.