We recently celebrated Wilf's 4th birthday. When I asked him what sort of birthday cake he would like, he requested a Star Wars AT-AT cake. To be honest, I was hoping for something easier, maybe even something I might be able to buy from a shop. But, always up for a challenge, I went for it.

Normally, I would visit Pinterest for inspiration and a template. Sadly, when I searched for Star Wars AT-AT cakes for something to copy, I was out of luck.

Instead, I managed to find some picture of AT-ATs to use as a guide.

I have to admit, I was slightly overwhelmed by the task at hand. How would I manage to make the bulk of the cake stand on four, rather thin legs. But then I had an epiphany: I would create a lying down AT-AT.

Here's how I made it. 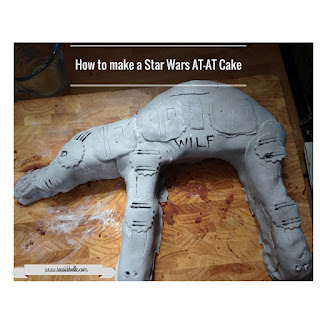 For the cake:
For the icing: 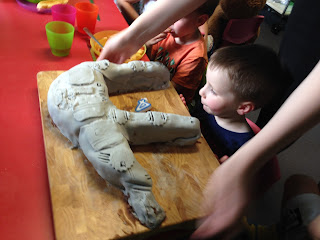 It's not the most perfect cake in the world - none of mine are - but it was at least recognisable as an AT-AT. I'd love to see your versions.