Tonight I am going to my third 'hash'.

I only came across the sport a month ago when I was chatting with some mummy friends. I'd decided to hang my rugby boots up, but still wanted to do some sort of sport.

Hashing has its roots in Kuala Lumpar, where British expats got together on a Monday night to run off the excesses of the weekend. 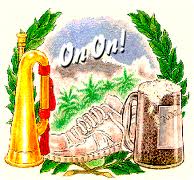 Basically, a hound sets a trail using flour or sawdust and then the hounds follow the trail. False trails are also laid, marked by check points, which allows slower runners to catch up with the faster ones. 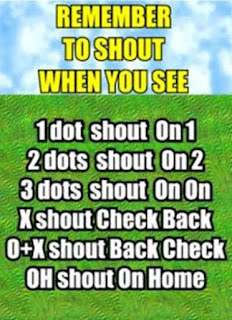 Each hash begins and ends in the pub. There is then a social afterwards. All hashers are referred to by a hash nickname. I don't have one yet as I've not been around long enough to have done something silly enough to deserve one.

Hashes are generally off road, so I get the mud and the camaraderie of the rugby game without the fear of injuring myself and being unable to care for my two young ones.
It's great fun - more mentally and, I'd argue, physically challenging than road running, with a real social culture too.

My local hashers are the Teign Valley Hash House Harriers. And tonight we're meeting at the Smugglers Inn, Holcombe. So, if you're local, why not join me.
at September 19, 2011