Lessons I have learnt from my World Book Day costume saga

World Book Day - the perfect excuse for crafty and organised mums to show the rest of us up with their wonderful hand-made children's costumes. And a wonderful way for shops to cash in on fancy dress outfits.

I'm not particularly crafty and when I suggested making an outfit for my eldest, he quickly changed his mind about what he would wear and suggested I buy him a onesie. So we went with option two - spend our money in the shops.


Here are a couple of lessons I have learnt from this year's World Book Day:

I failed massively on numbers one and two and only thought about number three when it was too late to do anything about it.

I also faced an additional challenge this year. Not content with just asking parents to send their children to school as a book character, this year, my kids' school added an additional theme: animals. 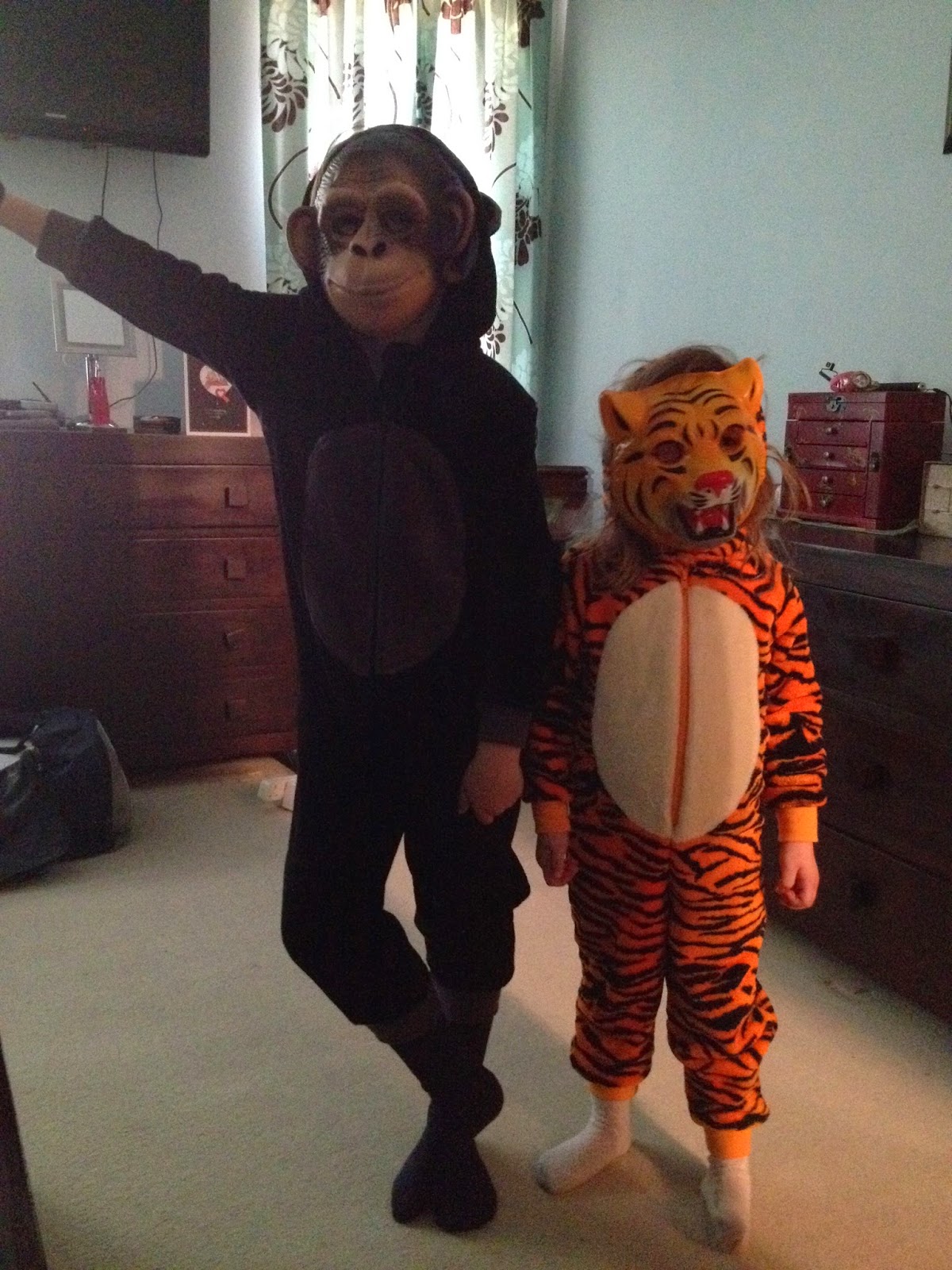 And instead of checking our overflowing dressing up box to see what we already had, I made the schoolgirl error of asking my older two what they would like to dress up as. (Un)luckily, they had pretty clear ideas. Initially, the 7 year old wanted to dress as a crocodile from Roald Dahls' 'The Enormous Crocodile', but when I mentioned making a head-dress out of cardboard and paint, he quickly changed his mind to the monkey from Roald Dahl's 'The Giraffe and the Pelly and Me'. The 4 year old wanted to be a tiger, so I suggested one of her favourite books, Judith Kerr's 'The Tiger Who Came To Tea'.

This should be simple, I thought. We already have masks. I just need to track down two onesies in the style of a monkey and a tiger. And if I can't find anything, I'm sure I can cobble together some brown trousers and a brown top and some orange clothes that can be adjusted with some black permanent marker pen.

Ha, ha, ha, ha! My two were set on a onesie and they were unimpressed at my Plan B. And, it seemed that every other parent had a similar idea. The result was that I spent all day yesterday (last minute queen that I am) traipsing around various outlets: Matalan (Disney heavy), Home Bargains (a cat and a dog), Lidl, Tesco - nada.

I then spoke to a friend who mentioned she'd seen a tiger onesie in Asda. So off we trekked. There were two left. One in 9-10 and one in 3-4. Bingo! - OK so it's a tiny bit on the small side but I have younger siblings who will make good use of it.

Tiger for the 4 year old sorted, monkey to go. Surely, it couldn't be to difficult to find a monkey onesie suitable for a 7 year old. We tried Sainsbury's. No luck.

By now, it was time to collect them from school, so I decided to try my local fancy dress and toy shop, Jackman's. There were two monkey outfits: toddler size and adult size. I began to prepare my eldest for the home-made back-up plan, but we decided to try the only two other shops in our town that sell children's size clothes: Peacocks (which had a wolf outfit) and then M&Co. And there is was. A size 5-6 monkey onesie. It's pretty short on the legs, but other than that it was perfect. And it will be well-used when the younger ones grow into it.

It might be time to start preparing our outfits for Hallowe-en - unless there are any other dress-up days before then?

What outfits did your children wear for #worldbookday? And how did you manage to sort out their costumes?
at March 05, 2015