Why we need an a breastfeeding advert

Have you ever sat watching television when an advert promoting formula milk come on and thought to yourself, "wouldn't it be great if there could be an ad for breastfeeding"?

But where would you find a multi-million pound budget to fund an ad for a free, natural resource? Surely, it will never happen.

Well, it has! Thanks to the inspirational Claire Tchaikowski who had the same thought, but actually got up and did something about it. 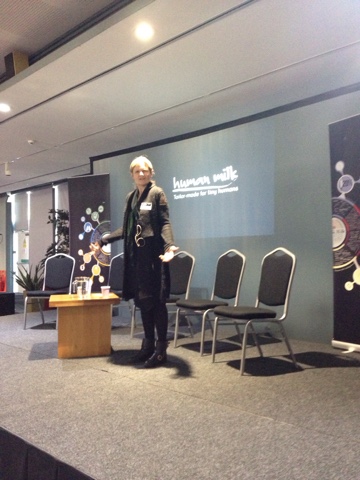 The Breastfeeding Advert was launched today in Bristol and I am honoured and humbled to have been given the opportunity to be part of the campaign.


Why do we need a breastfeeding advert?

But why do we need a breastfeeding advert anyway and how can an advert pulled together thanks to the generosity of volunteers compete with huge corporations pushing formula sales with multi-million pound marketing budgets?

UK breastfeeding rates are abysmal. At the advert launch today, Dr Amy Brown, Associate Professor of Child Public Health at Swansea University and author of Breastfeeding Uncovered, explained that while 95% of UK women plan to breastfeed a lack of support and a culture in which breasts are sexualised and women are encouraged to get their bodies back means that breastfeeding rates plummet over the first six months and only one in 200 babies is still breastfed at 12 months.

So lots of women want to breastfeed but they don't always know how and they don't have a support network and they're given a lot of unhelpful advice. And this means that when breastfeeding is promoted they can feel very emotional if they didn't reach their personal breastfeeding goals and this guilt can often turn to anger about the breastfeeding mafia.

Trying to create an advert that promotes breastfeeding without alienating women who have been let down by a lack of support is a bit of a tough undertaking.

However, when researching her idea for an advert, Claire set about learning as much as she could and enlisted the support of both Dr Amy Brown and Dr Natalie Shenker who has investigated the make up of breastmilk as part of her research into epigenetics and breast cancer. And it was learning about the ingredients of breastmilk that led her to focus on the science in the advert. "After all," Claire says, "If I didn't know any of this amazing stuff, who else doesn't know about this. We need to know."

I am a firm believer that women should be able to make a decision on how they feed their baby in a way that best suits their personal circumstances based on a thorough understanding of the options. At the moment, they are bombarded with conflicting information and anecdotes from well-meaning friends and family.

This campaign, based on the advert and the human milk website, seeks to simply explain what is in breastmilk and how it contributes to the health of baby and mother. It's a way of educating people about breastmilk without preaching about how "breast is best" (a phrase I personally detest). Actually, while breast is brilliant and is probably great for the majority - it isn't best for everyone.  Best can be interpreted as a bit of a judgemental term and who are we to judge the decisions other people make when we don't know the circumstances in which they reached that decision? (Rant over)

...but keeping the emotion

Anyway, the science of the ad is softened by the beautiful images of mothers breastfeeding their babies (I would say that, wouldn't I, because one of them is me feeding Ossie), and the gentle voice-over, which really helps to humanise the science.

Creating the advert has been a labour of love and has taken a long time. We actually filmed the footage back in October 2015!

Launching the advert isn't the end of the story - it's just the beginning. The next step is a crowdfunding campaign to buy slots in the mainstream media. And there are a whole host of other plans to use the advert and the website to educate healthcare professionals, new mums and their families etc.

I'm so proud to be a part of this and I can't wait for the next phase of the campaign. I have met some truly inspirational women that are proof that we really can make stuff happen.