An afternoon at Dawlish Warren 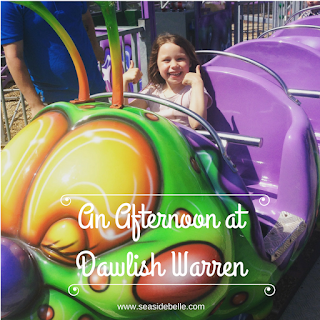 Yesterday I had a couple of hours to kill at Dawlish Warren.

I had dropped 9 year old Elliot off at Junior Rangers, where he enjoyed an afternoon of pond dipping and learning about dragonflies and newts.

Dawlish Warren is a place of contrasts. Thanks to the Blue Flag beach and large number of holiday parks nearby, it is a proper touristy, kiss-me-quick sort of resort with amusements, fish and chips, ice-cream and buckets and spades. But the warren is also a national nature reserve and an area of international importance for wildlife, particularly wading birds, which over-winter on the 1.5 mile sandspit.

With Elliot enjoying the natural wonders of the Warren, it was up to me and 6 year old Bea to investigate the more touristy side. 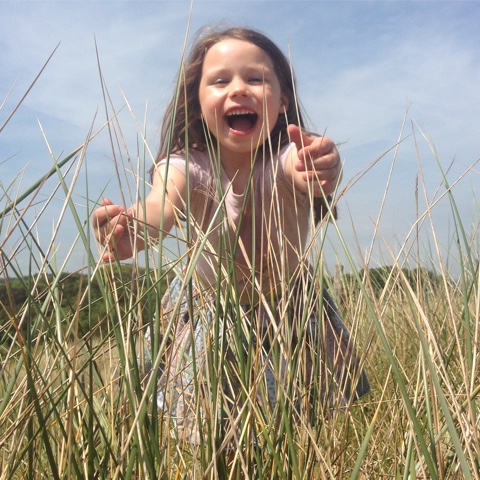 We headed straight to the Funder Park, which we had spotted from the train. I had been a little concerned that this might be a bit pricey, given that the hook a duck at the entrance was £3 a go. However, the rides are all 1 token each and you can buy three tokens for £5 or eight tokens for £10, which I didn't think was too bad. We opted for three tokens.

Bea is a bit of an adrenaline junkie and her first choice was the pirate ship. Unfortunately, she was a couple of centimetres too short to ride, so after a quick re-think, she decided on the Wacky Worm rollercoaster. Despite it being a hot day in May half-term, there was no queue, despite being fairly busy. This meant she got to get on first and she headed straight for the front seat, which made her very happy and probably made up for the pirate ship disappointment. 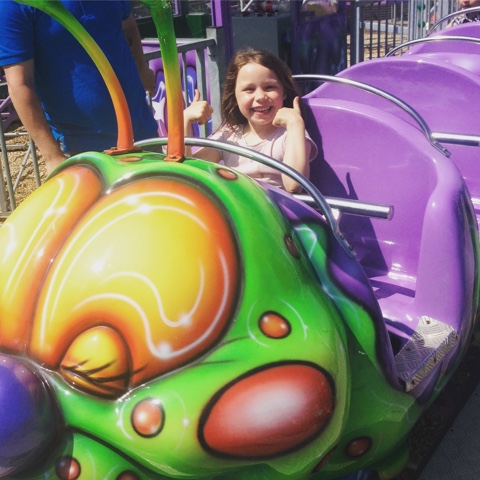 From the rollercoaster, she had spotted some boats. Having really enjoyed the aqua blasters at Crealy, I think she was hoping these would be similar. Certainly, the boats seemed to have buttons to operate a squirter, but (thankfully) this option appeared to have been disabled, so she made do with steering her spinning boat as vigorously as possible and bumping the sides and other boats as much as she could. 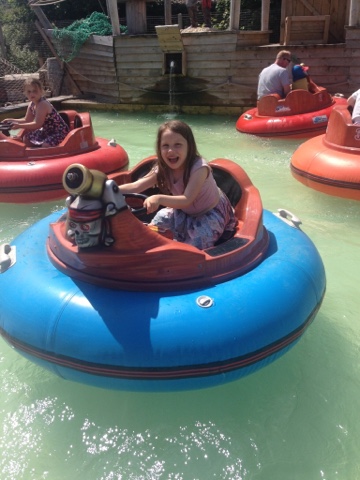 For her last ride, she headed for the quad bike race track where she tore round the track with just a few steering issues, a complete disregard for the brakes and a couple of bumps. 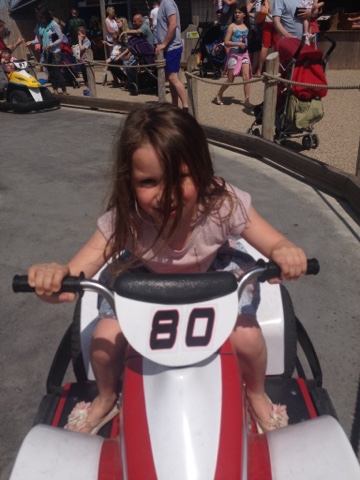 With half an hour left until we needed to pick up Elliot we wandered over to the amusements arcade to play the 2p machines. I love the 2p machines - they're the only machines I play in arcades. We had a good look around to decide which looked the best option. As well as winning 2ps, most of the machines also had keyrings or fidget spinners that could also drop down. Plus, all the machines seemed to produce tickets, which you can swap for prizes in the amusements shop. Bea decided to try for a Princess Poppy Trolls keyring and I opted for a Rubble from Paw Patrol keyring. Neither of us managed to win a keyring, but Bea definitely did the best in winning tickets. Between us, we amassed 73, which we are saving until we go back later in the summer.

We had a lovely time being tourists in our local resort. Meanwhile, Elliot had really enjoyed being a nature ranger and learning about the wildlife in the reserve and making his very own model dragonfly.
at June 02, 2017