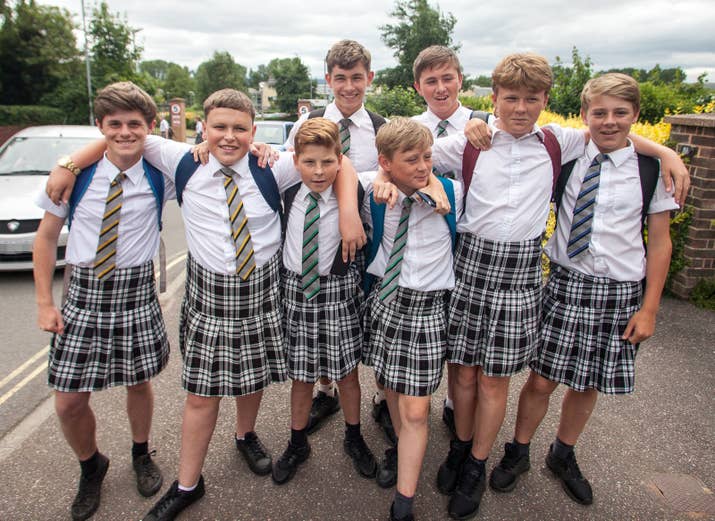 This week, more than 50 teenage boys at Isca Academy in Exeter went to school wearing skirts. They were protesting at the sexist uniform policy that forced them to wear long trousers through a heatwave where temperatures topped 30 degrees C.

Here is a film from local news website DevonLive featuring the boys:

And it got me thinking about how sexism isn't just a female issue.

The actions of these boys made me consider what I might want for my own three sons as they grow up. So here are some lessons I'd love my boys to learn from the lads at Isca Academy.
I'm really proud of what the boys at Isca Academy have done. Ironically, the Isca Academy website sums it up rather well. It says:

"We know that our students face a rapidly changing and competitive adult world. They will have to be confident and skilled learners, flexible, capable of taking risks, creative, and compassionate."

I think the school should be rather proud that its students have done just that!